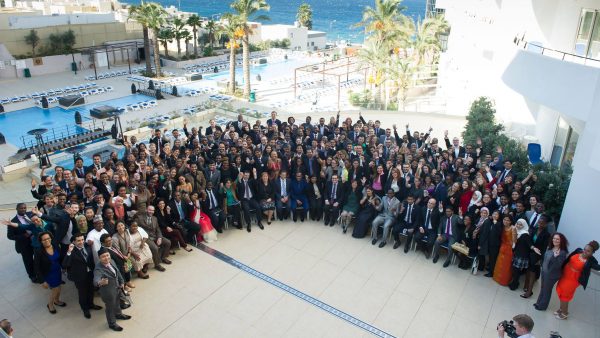 What is the Commonwealth? Who are these nations and what are they doing? Are they just a bunch of countries that get together and put on a poor man’s Olympics? While the answer to that is technically yes, Commonwealth Nations also represent 1.2 billion youth across 53 nations and do some pretty fantastic things.

Last November, I was given the opportunity to represent Australian Youth at the Commonwealth Youth Forum in Malta. The Conference, along with 3 other forums, runs as a precursor to the Commonwealth Heads of Government Meeting (CHOGM). With 200 Youth Delegates from around the Commonwealth participating there was a variety of agenda meetings, panel discussions and plenary sessions to discuss the theme; ‘Adding Global Value: What Next?’ Although, I did not act as the official (voting) Australian Delegate, I represented the student led organisation CommonYouth Australia, who work with young people in Australia to increase awareness and engagement with the Commonwealth. The forum provides a space for Commonwealth youth to come together and work on action plans for a number of serious global issues, such as quality and inclusive education, creating alternate pathways for accessing medical and health services, youth policy and youth work, youth unemployment, youth entrepreneurship, climate change, disaster relief, human rights, peace and security and many, many more.

Although the week was jam-packed, there was some well-earned sightseeing time. This included getting to explore the incredible history of Malta, as well as getting to see the city of Mdina (where Game of Throne’s King’s Landing is set). Between sightseeing and incredible speakers such as Maltese government officials, UN officers and even experts and youth, delegates shared their real life struggles. This included topics such as the general failure of governments, and also closer-to-home issues such as youths faced with extreme problems of poverty, access to medical services, unemployment and more. Almost every delegate had an amazing story to tell or a crazy passion to see the world change! It is both an inspiration and intimidating to have been a part of such a motivated group of people from across the world.

If you would like to know more about the Commonwealth, the Youth Forum or CommonYouth Australia check out the links below.
http://thecommonwealth.org/
https://chogm2015.mt/fora/youthforum
https://www.facebook.com/CommonYouthAUS/?fref=ts