In recent years, the Senate electoral system has received a great deal of public attention and scrutiny, in no small part due to the colourful characters who have tended to be elected. However, the House of Representatives electoral system, arguably, warrants even more consideration. Governments in our parliamentary system are formed by the party (or parties) that command the support of a majority of the Members of the House of Representatives. Hence, the House electoral system determines which party controls the levers of power and, indirectly, who sits in Cabinet and serves as Prime Minister. Thus, I believe the key to making an informed decision about the future of our country is to understand the elementary features of the system itself. To gain a basic understanding of the House electoral system, you have to understand two critical features: The use of single-member electorates, and preferential voting. 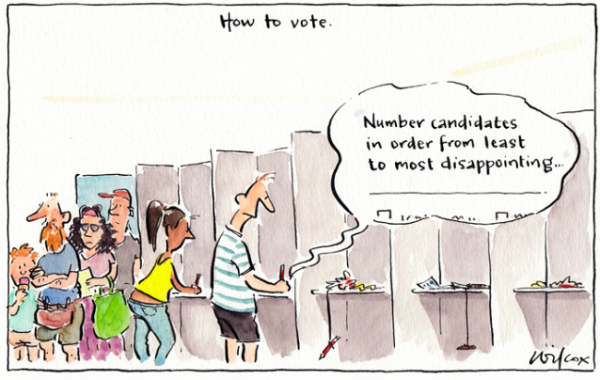 Single-member electorates are used to elect each of the 150 Members of the House of Representatives (formally called MHRs, but usually just referred to as MPs). The Commonwealth Electoral Act 1918 ensures that the vast majority of electoral divisions contain roughly the same number of voters, currently around one hundred thousand. This principle – known as ‘one vote, one value’ – ensures that votes in different divisions count in approximately equal measure when electing an MP. Historically, rural divisions were allowed to have fewer voters than urban ones. However,  increasing urbanisation and changing societal and political expectations led to this practice being abolished by the 1970s. Electoral divisions also need to be contiguous, take into account geographical features and, where possible, group similar communities together. Redistributions (the term used for the redrawing of electoral boundaries) occur on a state-by-state basis at least once every seven years to ensure that the divisions are kept in line with these criteria.

This single-member, ‘winner-takes-all’ system is deliberately majoritarian. To be elected to Parliament, you need more than half the votes of a particular division, and consequently the major parties are often at a distinct advantage. The major parties are able to win most of the House seats, which often leads to an ‘exaggerated majority’ effect. This effect allows a major party to win a narrow majority of the national two-party preferred vote, but a much larger majority of the seats in the House. For instance, under Tony Abbott in 2013, the Coalition won nearly 53.5% of the two-party preferred vote across Australia, but won 90 seats (60% of the House). This is a deliberate feature of the system designed to provide stability by ensuring that the party preference of the majority of voters is usually translated into a government with a working majority in the House. This means that the government should be able to pass supply bills and be reasonably confident that it will retain the support of the House in all but the most extraordinary circumstances. This contrasts with the proportional systems used in the parliaments of many European countries, and the mixed-member proportional (MMP) system used in New Zealand, both of which commonly see governments formed from broad coalitions of parties and regularly held hostage to diverse niche interests.

The Australian House of Representatives

This single-member system also means it is much easier for smaller parties and candidates to be elected to the House if their support is concentrated, rather than thinly spread across the nation. The most salient example of this is how the National Party, with its support concentrated in rural and regional areas, is able to win more seats than the Greens, whose support is much more scattered. In the 2016 election, for instance, the Nationals won 10 seats with only 4.61% of the country-wide primary vote, while the Greens polled 10.23% and won just one seat. This is reinforced by the fact that the Nationals ran in only a handful of divisions, whereas the Greens ran candidates in every division. The Nationals use their limited resources very effectively to maximise the number of House seats they win. The Greens too, have run campaigns that are much more locally-focused in recent years, and while so far have failed to win a second House seat, have won several seats in the state parliaments of Victoria, New South Wales, and Queensland. While some argue that this is inherently unfair, it is a necessary feature of a majoritarian electoral system, and enshrines the importance of local representation in a way that proportional and MMP systems cannot match.

The major parties thus focus most of their attention on a handful of marginal divisions at the expense of divisions that are comfortably held by the opposition (so-called ‘safe’ seats). While many argue that this is unfair because it results in electoral geography distorting the provision of government services, it is important to remember that in proportional systems select voters are still targeted and privileged, though based on other factors like economics and ideology. Furthermore, voters can collectively transform a safe seat into a marginal one simply by voting for another party.

The second essential feature, preferential voting, is known overseas as instant-runoff or alternative voting. When voters cast their local division votes, they must rank every candidate on the ballot in order from most to least preferred. This is called compulsory preferential voting and to be elected a candidate must garner the support of more than 50% of voters in their division. If they can do this on first preference (primary) votes, they will be elected without the need to consider the other preferences at all. In 2016, this occurred in 48 of the 150 divisions. In the remaining 102 divisions, the candidate with the lowest primary vote was eliminated and their votes redistributed, at full value, to other candidates as per the voters’ second preferences. This process continues until one candidate has the support of an absolute majority of electors. As was demonstrated in 2016, preferences are often crucial in determining the overall outcome of the election. 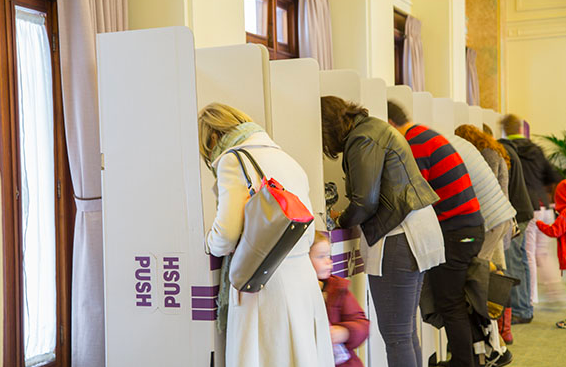 Voters during the 2016 election.

Preferential voting gives a greater voice to minority opinions within a majoritarian system and allows similar parties and candidates to run without fear of splitting the same pool of votes. It allows voters to vote for smaller parties without worrying about inadvertently electing a major party they don’t like, eliminating the need for the ‘tactical voting’ typical to US and UK elections. Left wing voters, for example, can vote for the Greens and preference the Labor Party, without fear of drawing crucial votes away from Labor and inadvertently aiding the Liberal Party. In fact, this was the original intention of the system, which is peculiarly Australian. It was introduced in 1919 to allow the conservative Country and Nationalist parties to run candidates against each other without helping Labor win more seats. In the century since, both major parties have benefited from the preferences of various smaller parties, including the Democratic Labor Party, One Nation, and the aforementioned Greens.

The House of Representatives electoral system usually provides stability for the government of the day (in least in an inter-party sense), while ensuring that minor party and independent candidates are able to run for election without compromising the chances of one of the major parties. While by no means perfect, it has functioned well for over a century. The current political fracas owes itself to internal party dynamics and is not a poor reflection on the mechanics of the House.

Significantly, the House electoral system works in tandem with the proportional system used by the Senate. Such a system makes it much easier for minor parties to get elected to the Senate, while major parties very rarely win majority control. While this is frustrating for governments, it allows the Senate to act as an important check on government power. It should therefore be remembered that we cannot mount an argument as to the efficacy (or otherwise) of the House of Representatives’ electoral system in isolation.

As outlined at the beginning of the article, the centrality of the House of Representatives to our political system warrants a solid understanding of the way its electoral system works. Hopefully, this article provides a start.

The intricacies of the Senate electoral system will be explored soon… watch this space.