Ladybird is the quintessential girl who is twenty-something but still going through the angsty teenage phase. She tries really hard to fit in, but unfortunately is just too socially awkward. Instead, she ends up hanging out with her best friend, who she has known since kindergarten – the two of them spend their nights drinking cheap wine and bitching about the popular girls from school. Ladybird also has a serious love/hate relationship with her mother and 99% of conversations with her are about how her mum is too overbearing. But, deep down, Ladybird really loves her mum and knows she is just looking out for her. On another note, Ladybird kind of sucks at maths so don’t get her to do your taxes or even let her split the bill.

The Shape of Water

The Shape of Water is that person who is into some really weird sex stuff and has a strange obsession with boiled eggs. The Shape of Water isn’t much of a talker so no one really knows much about their past, except that they have gone through some seriously traumatic stuff. However, their silence doesn’t stop them from fighting for what is right and standing up to chauvinistic white men who wash their hands before they pee (seriously, what is up with that?). The Shape of Water is an all-round activist, also campaigning against issues such as homophobia, racism, and animal/amphibian god cruelty. Having said that though, maybe think twice before letting your pet cats near them. 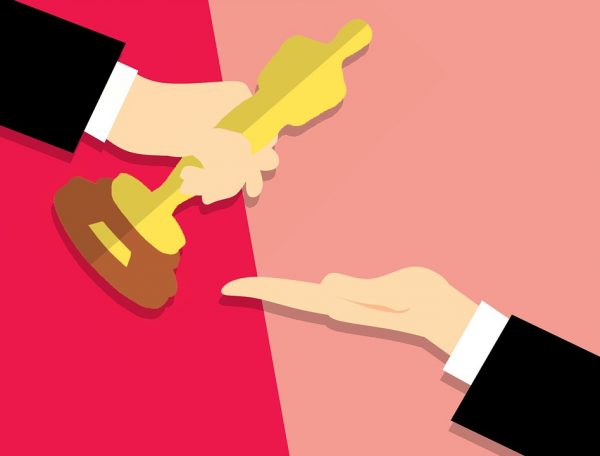 Call Me By Your Name

Similar to The Shape of Water, Call Me By Your Name is into some really weird sex stuff, although they’re ten times gayer. Call Me By Your Name has a super bougie aesthetic and is a bit of an academic snob. If you can’t converse with them about classical music or obscure philosophical theories then quite frankly, don’t bother talking to them at all. Despite their pretentious nature, Call Me By Your Name is a hopeless romantic who is destined for heartbreak, longing for men they know they can never have. They also really love peaches…for use in all kinds of pastimes.

The Post is the Queen of Drama. They have access to all the gossip, and have no intention of keeping it to themselves. They quite literally will tell anyone willing to listen. Heck, they will even come to your house while you’re hosting a party, just to fill you in on the latest drama. While The Post is a major gossip, there is no one out there that works harder than them. Spending late nights at the office, drinking coffee or overpriced homemade lemonade, The Post will go all out to get the job done. Their hard work is devoted to bringing down any and all establishments, from the US Government to the Patriarchy. For too long they have been told their gender will prevent them from succeeding. But The Post has no time to deal with these narrow minded people as they are too busy breaking the glass ceiling left, right and centre, all through the power of hard work, determination, and a whole lot of drama.

Dunkirk is an old war veteran with an explosive personality. If you can bear the stench of bourbon on their breath, they will tell you some thrilling war stories. They are a local hero, and so it follows that if you are seen with them in public you too will be treated like royalty.

Three Billboards has a heart of gold, but some serious anger issues. She also has a hard-core dress sense, which adds to her intimidation factor. She’s not afraid to fight you and will probably beat you up if you dare to talk smack about her or her daughter. If you really piss off Three Billboards, she’ll probably burn your house down. Moral of the story: Do not cross her.

Get Out has a really dark sense of humour, but you can’t help but laugh at their jokes. He literally has the worst in-laws and his girlfriend is a total psycho. Come on, what kind of person – a racist one to boot – tries to remove their boyfriend’s consciousness to provide a body for their blind grandfather to inhabit? More importantly, who eats cereal and milk separately?

Get Out is definitely tripping on some hallucinogenic drugs, although whether he is intentionally taking them or being roofied by his girlfriend’s family is up for debate.

To be honest, no one knew who Phantom Thread was until they showed up, unannounced, to the Oscars, and to be quite honest, I doubt anyone is going to stay in touch with them.