National Union of Students National Welfare Officer Jordon O’Reilly has slammed the lack of increase in Newstart allowance rates, calling it an example of the government’s ‘failure to provide everybody’s fundamental human right to affordable housing’.

While there is no official ‘cut’, O’Reilly said that the rate has been caught in a 24-year long freeze. The implication of this is that it has failed to keep up with inflation, and by extension, house prices. The Sydney Morning Herald also reports that the share of Newstart payments in the federal budget will decrease in real terms by 10.8 percent in 2018 before jumping up by 9.1 percent between 2018-2019 and 2021-2022. 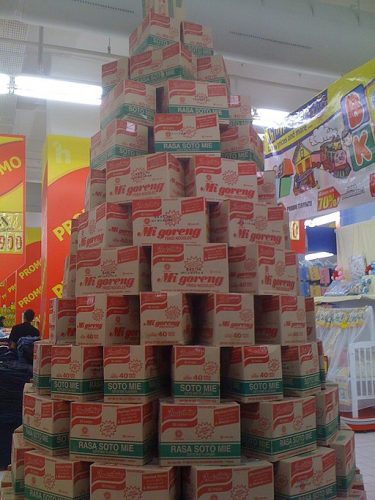 Mi goreng or my education?

The effect on students is very real. O’Reilly reports that students living on Newstart payments in the major cities would only be able to reasonably afford a grand total of three of the 66,000 houses listed on the Australian rental market, citing The Anglicare Rental Affordability Snapshot. Youth homelessness is also on the rise: a 2017 survey done by the NUS in collaboration with Anglicare shows that 89 percent struggle to buy essential study items such as textbooks, with 55 percent frequently struggling. Even the progenitor of the work-for-the-dole program, former Prime Minister John Howard said that a conversation needs to happen on ending the freeze.

Queried on the NUS’s response, O’Reilly said that the NUS is campaigning for an $100 per week increase to the Newstart allowance. Working with the Australian Council for Social Services and Everybody’s Home Campaign, it has been lobbying Senators and Members of Parliament on the importance of raising the rate. On student contributions, O’Reilly said that students at the ANU could help with the campaign, which starts in earnest in the last week of July, by signing a petition here, or by ‘spreading the message’ by uploading a photo with the NUS Facebook banner, and using the hashtag #Raisetherate or #NUSWelfare. A video featuring student representatives across the country will also be promoted using social media, which ANU students can share upon its release.

Asked about the inevitable argument that ‘cuts’ to welfare are a ‘tough love’ measure used to encourage independence and self-sufficiency, O’Reilly was unequivocal in his response. He stated that it is a fallacy and no one, if given the choice, wants to survive off welfare payments. The people who rely on Newstart and Youth Allowance have little to no choice if they want a roof over their head and a slightly more nutritious meal than mi goreng.

O’Reilly further argues that if the government is serious in their goal of promoting student self-sufficiency, then it should not deprive funding from the university and higher education system, which actually helps student achieve self-sufficiency. At the very least, he says, it should help ease the financial worries of the students as they are trying to become self-sufficient.