The 2002 congressional mandate authorizing the invasion of Afghanistan by United States troops reads: ‘The President is authorized to use all necessary and appropriate force against those nations, organizations, or persons he determines planned, authorized, committed, or aided the terrorist attacks that occurred on September 11, 2001.’

The US has succumbed to the historically common but potentially unconstitutional problem of mission creep in Afghanistan. It has, over the past 17 years, been the subject of changing objectives and consequent troop surges over the course of three administrations. 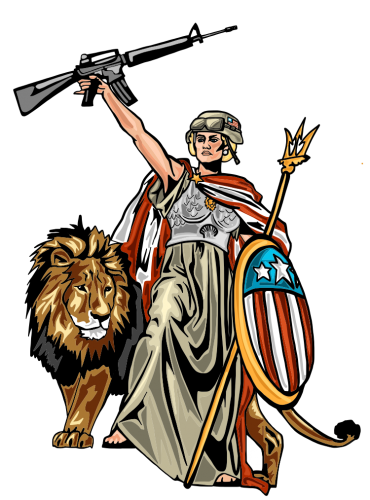 The Taliban are now in control of more territory than in 2001, yet there is little to show for the roughly $45 billion per year the US government spends on maintaining its troop presence in Afghanistan. Hence, it is time for the Trump administration to have the moral and strategic courage to finally withdraw from the country.

Perhaps the initial instinct of the average American voter is to believe that US troops must be there for a purpose. Because who spends that kind of money — and American lives— for no reason?

Unfortunately, Bush, Obama and Trump have done, and are doing, just that.

The original objective in Afghanistan was to eliminate a refuge for Islamic terrorists who had the power to launch attacks against the US (this, and a healthy dose of revenge for 9/11).

OK, if my country had planes fly into my skyscrapers in the heart of New York City, I would be pretty bitter too. So, even though I disagree with the means, I can understand the intended end.

Seventeen years later, however, the objective is to rebuild, establish, defend and legitimise the US backed government in Kabul. Further, the aim is to reinvent Afghani political culture such that women will be granted basic human rights.

In short, the US is now engaged in nation building. But why on Earth would the US taxpayer care about any of that?

I will concede that the current situation will get worse if the US leaves Afghanistan tomorrow. The Taliban, Iran, and Pakistan will fill the vacuum left by the US and compete against each other for influence. The quality of life for women, those employed on US and NATO bases, and US collaborators will crater, and the current civil war will rage on.

So yes, it would be morally questionable to suddenly abandon the entire US commitment to Afghanistan. However, the Pentagon will soon be having to deal with bigger problems than rouge Islamic fundamentalists; namely China and Russia. Better for the US to save her strength for the wars to come than spend billions in a desert.

The larger point I’m trying to make is that there are, believe it or not, countries in worse shape than the US and Australia. North Korea, Yemen, and Afghanistan are not on my holiday list. The US doesn’t need them to be. The withdrawal from Afghanistan is the perfect opportunity for Trump to prove his ‘America First’ ideology is not just rhetoric and can actually be applied to policy.

Historians will look back on America’s most recent episode in Afghanistan as just the latest in a series of failed attempts to occupy the country — just like Alexander the Great, Genghis Khan, the Mughal Empire of India, the Persian Empire, the British Empire and the Soviet Union did before it. Unfortunately, the United States’ time in the country has only been as exceptional as these previous empires believed theirs to be.

The Pentagon is stubbornly trying to disprove the rule that Afghanistan is the graveyard of empire – but it can already hear future historians saying ‘I told you so.’