It’s time to resell, not withdraw, from the war in Afghanistan.

The United States and its NATO partners have been in Afghanistan for some 17 years. They originally fought with the Northern Alliance to liberate the country from Taliban rule as part of the War on Terror. Soon afterwards, they embarked on the gruelling and disappointing process of state making.

Since 2001, the patchwork of tribes, religions and ethnicities in Afghanistan itself has once again intertwined with the players at the fringes of the nation: Pakistan, and to a lesser extent, Russia, flirt with the Taliban; Iran eyes off potential partners; and India is broadening its support for the government in Kabul.

The Belt and Road Initiative — a Chinese Initiative which seeks to connect the two ends of Eurasia through the construction of regional infrastructure projects such as Gwandar port — has also rolled out across Central Asia. China has an especially heavy presence in Pakistan — a long time meddler in Afghan politics — by virtue of the China-Pakistan Economic Corridor, a slew of infrastructure projects sponsored by Chinese firms in Pakistan.

Afghanistan has gained political and economic significance in the region since the United States invaded in 2001. However, US policymakers still remain narrowly focused on defeating the Taliban and forging another peace process without consideration of other regional stakeholders. Furthermore, the US does so with the knowledge that their current troop presence is insufficient to achieve such a goal. 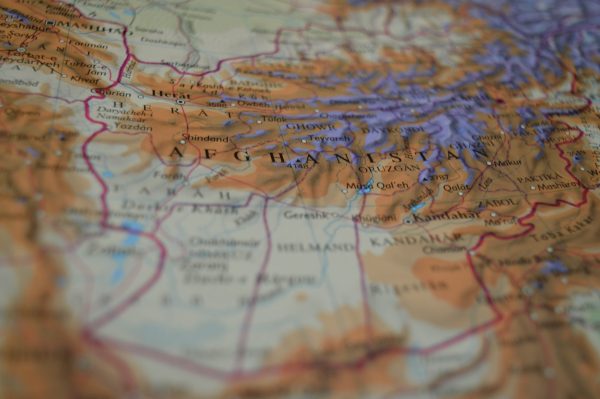 Strangely, the most dangerous consequence of the ‘War in Afghanistan’ has not been the waste of money and resources or the loss of political will to undertake Western-style nation building in far flung places.  It has instead been the way in which the United States has shorn Afghanistan of its regional identity and characterised the country as a military problem which could, and still can, be solved via the surge of troops and resources.

The US presence in Afghanistan is not, and never will be, enough to defeat the Taliban or those entities that wish to destroy what little is left after 17 years of US and NATO occupation. However, it is enough to prevent the central government from entirely collapsing; prevent regional players from filling a power vacuum left by the United States; and to project US hard power in a region afflicted by instability, state failure, but which has a bounty of economic opportunity.

Given the region is awash with investment but lacks definitive security commitments to secure these investments the United States could use its existing military resources stationed in Afghanistan to take on a role in Central Asia that it has played globally over the last century—as a guarantor of security and stability in the absence of other nations with the will or the resources to do so.

This role would complement the growing presence of China and other nations that support the Belt and Road Initiative, while staving off attempts by other states to muscle themselves into Afghanistan militarily. This is because while China and other regional players have poured billions of dollars into regional infrastructure projects, they have not bothered (nor do they have the ability) to provide the counter-terror, institutional, and military support to secure these investments. Hence the United States has an opportunity to resell its Afghan presence as a platform from which it can provide security and assistance to the region: A region that has binged itself on infrastructure development without the commensurate stability, security, and institutional fibre.

Reselling US presence in the region would provide a practical basis to positively engage with China’s Belt and Road Initiative, which has drawn the suspicion of many states because of the assumption that its projects will inevitably have geopolitical significance. It would put to bed those suspicions by reinserting US military presence in the region without threatening what China claims to be an economic project. It would also put those projects on a more secure footing and present a win-win for all regional stakeholders, the United States and China included.

To do so would require the United States to resell its Afghan mission and abandon its former ambition to build a democracy and liberate the entire country. To do otherwise would be disingenuous, and risk losing public support for something that is in the national interest.

One cannot deny that 15 years of US occupation, the growth of China, India and other regional players and the roll out of the BRI, has created a reality of its own. In this context, it is not necessarily in the Trump administration’s interest to give up its presence in Afghanistan and forsake its role in a region that offers immense economic opportunity.